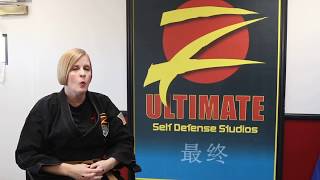 Welcome to the Dojo!

We will be closed on July 4th for Independence Day, please see your instructors to reschedule. Have a happy 4th of July! #Holiday #Closed #Summer #Info #Student

Congratulations to all of those who placed in the Summer Tournament! The competition was fierce and we are all proud of our students performance. We look forward to seeing you all the next tournament and here is some of the highlights of the last tournament. #Tournament #Event #Student

June Family Night is coming up!

June family night is on June 17th from 5-10pm come join us at the Dojo and get to know our other Z-Ultimate students and get the inside tips you need to succeed! As usual there will be fun, food and games! #Info #Potluck #FamilyNight #Games #Family #Food #Student

A 17 year martial arts student, Donovan began his training under Sensei Alen at the age of 5. His journey began as a result of being bullied at school. Donovan’s concerned parents thought he should learn to defend himself. However, the result was he actually learned the self-confidence and discipline to avoid conflict. His first few sessions were with Sensei Alen, but he soon established a bond with Sensei Holly who became his lifelong instructor and mentor. Admittedly he was
bottom of page